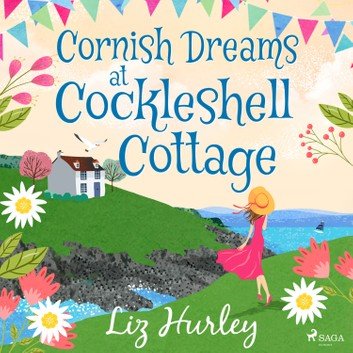 The morning sun flooded into the room filling it with light. The frost outside added to the sparkle of the champagne that was being poured into glasses. A bed was covered with a pile of dresses and gowns; a cat slept unperturbed on a pillow of cashmere and satin.

Ariana, Countess of Hiverton, sat at her dressing table, picking up various necklaces and earrings as she tried to decide what to wear. She smiled back at her reflection and laughed up at her three sisters.

‘I think it’s the ruby necklaces and the diamond tiaras that I find the most ridiculous. You know what I mean?’

Clem laughed. ‘For me, it’s when they call me Lady Clementine. I keep wondering if some bigwig has just arrived.’

‘It’s the bank balance for me, all that money and I didn’t earn any of it.’

‘There are lots of ways to earn money, Aster,’ said Nick. ‘Although, yes, you have a point,’ she broke off laughing, ‘the bank balances are rather incredible.’

Ari joined in the laughter as the girls discussed their recent change in fortunes. It had been almost a year now since their uncle David, their mother’s brother, had died and Ari, as eldest sister, had inherited the estate and title. They had always been a very small family but today they were about to add another member. Ari was getting married to Sir Sebastian Flint-Hyssop and they were all very excited.

‘Clem, don’t you think I should get dressed now? We’re cutting it fine.’

Clem had designed and made everyone’s gowns. As this was Ari’s second wedding and her two little boys would be present she hadn’t wanted a full-on white wedding dress. Clem had raised her eyebrow at Ari’s resistance and had started sketching some ideas. In the end she had fallen in love with a simple cream, full-length duchesse satin dress with a slim skirt, falling to the floor. Over the top of the dress, Clem had drawn a large single cowl that sat on her shoulders like a cape. It was in white organza, trimmed at the top and bottom in a white satin band. Ari had gasped when she saw it.

‘Seriously, Clem, that is the most bridal dress I have ever seen. It’s almost religious.’

Her sister had protested with a huge grin on her face. ‘But there’s no veil, as requested, and no train and no lace and no frills and…’