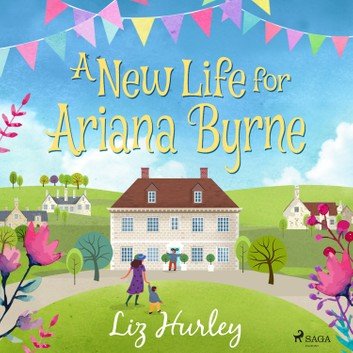 ‘Hi Clem, are you sitting down? I have some good news and bad news.’

‘What the fuck?! Hang on.’ Ari heard her shouting instructions to a few of her team and then a door closed. ‘Did you say Greg’s dead? What the hell happened?’

Ari was about to start explaining when Clem interrupted her. ‘Wait, are you okay, are the boys okay?’

Ari reassured her and explained what had happened.

‘So what were you doing uptown anyway?’

‘What?’ Ari didn’t expect grief or even sadness from Clem. She was always looking to get ahead of the next fight. Already she spotted that Ari was in central London, an unusual event. ‘That’s the other thing. Do you remember how Mum’s family basically cut her out of the family?’

‘Well, and now here’s the funny thing. Our uncle died last month and he was the last one on his side of the family.’

‘Don’t we have cousins, though?’

‘Car crash. Site debris suggested they were high or drunk or both. Their mother died the following year.’

‘Right. Christ, we don’t have to go to our uncle’s funeral, do we? Greg’s will be bad enough.’

‘No, the solicitor told me he has already been buried, as per his wishes, in the family plot with no service or mourners.’

‘Solicitor? Did we actually get something? Is that wrong of me?’

Ari laughed. Since sixteen, when their parents had died, Clem had been working hard, alongside her sisters, trying to bring in every penny they could to survive. Social services kept threatening to break the siblings up and it was a daily battle to prove they could cope.

‘Don’t be silly. It’s not like they cared about us when we needed them. The thing is Mum never mentioned that she had a title. Our grandfather was an honest-to-God Earl. And Mum was known as the Right Honourable Lady Elizabeth de Foix.’

‘Seriously! Holy cow! And she never told us. So, when is Greg’s funeral? Do you need help with it?’

‘No, Annette wants to do it all. Look I don’t care about that. If it’s what she wants to do to cope, then fine. We have a different problem.’

Clem told her to wait whilst she shouted something over the noise of a sewing machine and then she shut the door again and told her to carry on.

‘Well, this is a bit weird. Major league out of your mind weird. But I inherited everything and we are all also ladies. All five of us have a title.’

Ari paused as Clem took this in. ‘Clem, are you still there?’

Ari sighed deeply, what indeed. The sisters began to discuss what needed to be done as Clem hung up she suddenly remembered something.

‘You said there was bad news?’