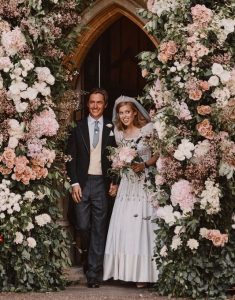 And the bride wore hand-me-downs…
…and what hand me downs they were! 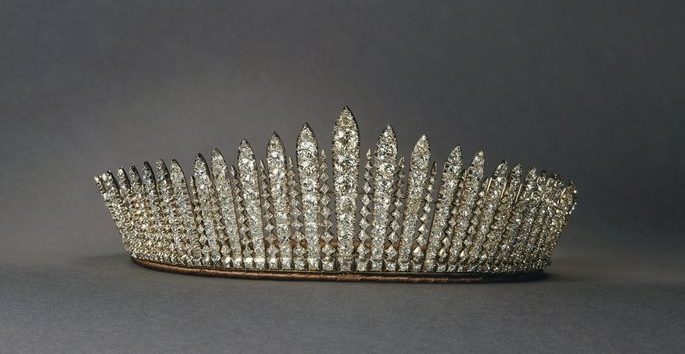 Though the tiara was made in 1919 by Garrard, the jewels themselves actually date back to a necklace that Queen Victoria gave to Mary for her marriage to the matriarch’s grandson, King George V.

Once Mary was queen, she put her extensive jewelry collection to good use, and continued to expand upon it. It was a common habit of Mary’s to have older pieces reset to make them more versatile, and to have a focus on adaptability in new pieces she had commissioned.”
Vanity Fair 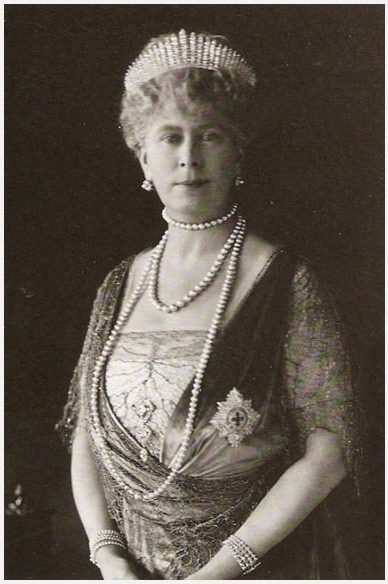 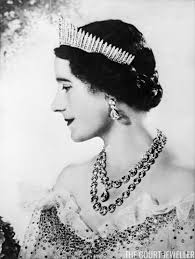 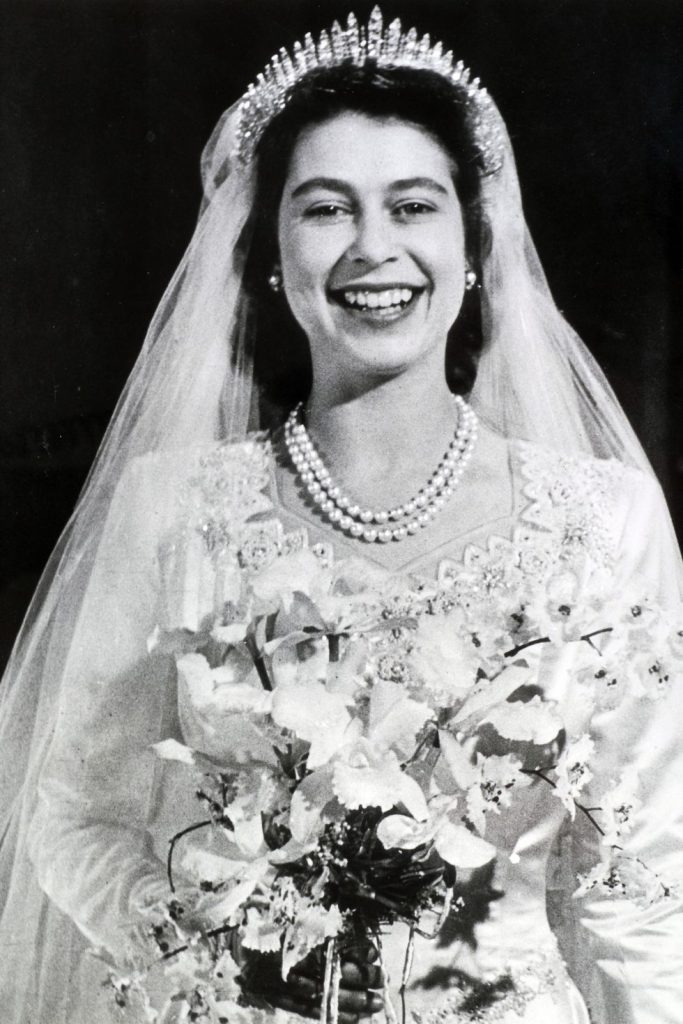 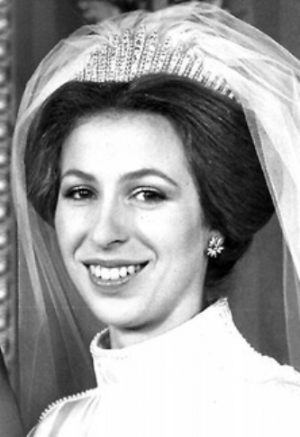 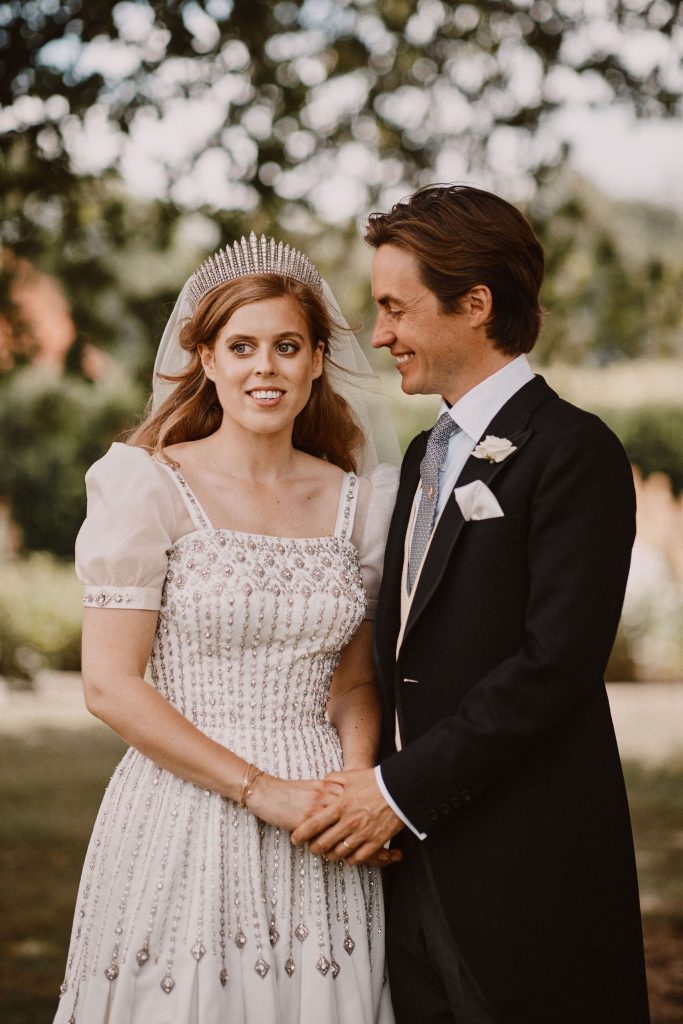 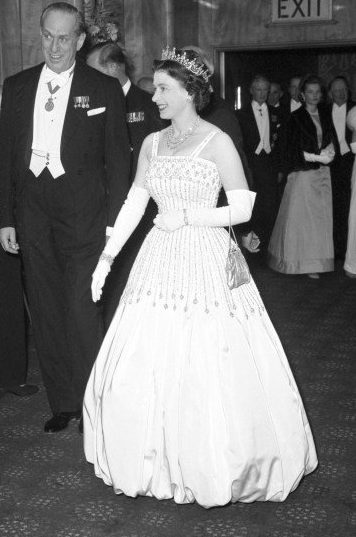 But Princess Beatrice went further than other Royal brides. Not only did she wear jewels that had been worn by others, a royal tradition, but in a remarkable step, she also wore a second hand dress.

That’s pretty incredible when you think of how much we all love to look unique in our dresses. I think she pulled it off beautifully. She is wearing one of her grandmother’s gowns. A dress that the Queen first wore in 1961. She wore it again at the world premier of Lawrence of Arabia at the Odeon cinema in Leicester Square in December 1962 and then again for her House of Lords speech in 1966.

The Peau De Soie taffeta dress was designed by British fashion designer Norman Hartnell. It is understood the dress was originally worn by the Queen in 1961, when she was attending a state dinner held in honour of the Italian President at the time, Giovanni Gronchi.

“The white satin gown, which is coated in beaded embroidery all the way from the neck to the mid thigh has been modified slightly by Beatrice, who chose to add in sheer puff sleeves, encrusted with diamonds. She also updated the dress by removing the underskirts and bubble hem. The stunning gown sits just below Beatrice’s ankles, while the original frock skimmed the ground. In a press release, The dress was remodelled and fitted by the Queen’s senior dresser, Angela Kelly, together with designer Stewart Parvin.”
Royal Press Release 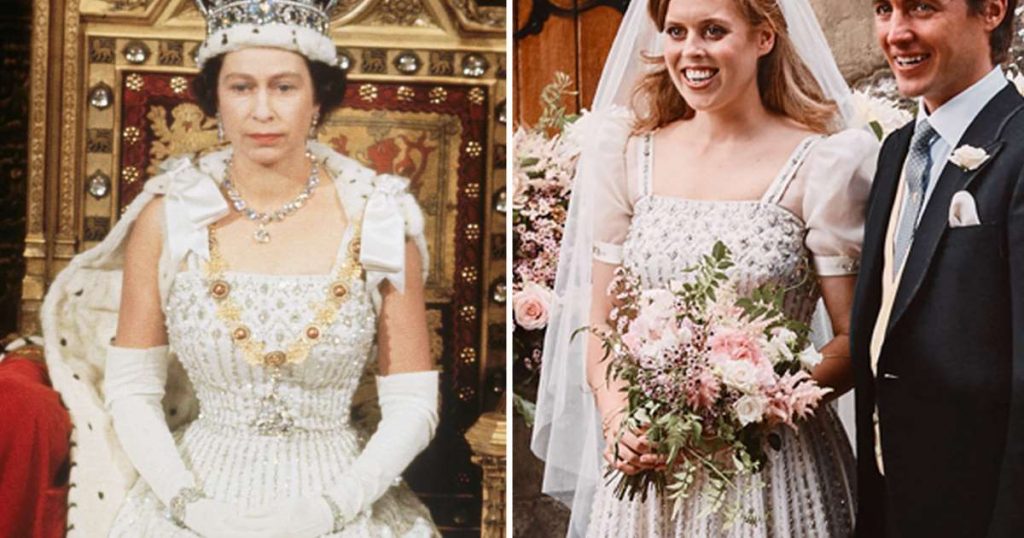 Clearly Her Majesty adores her grand-daughter. 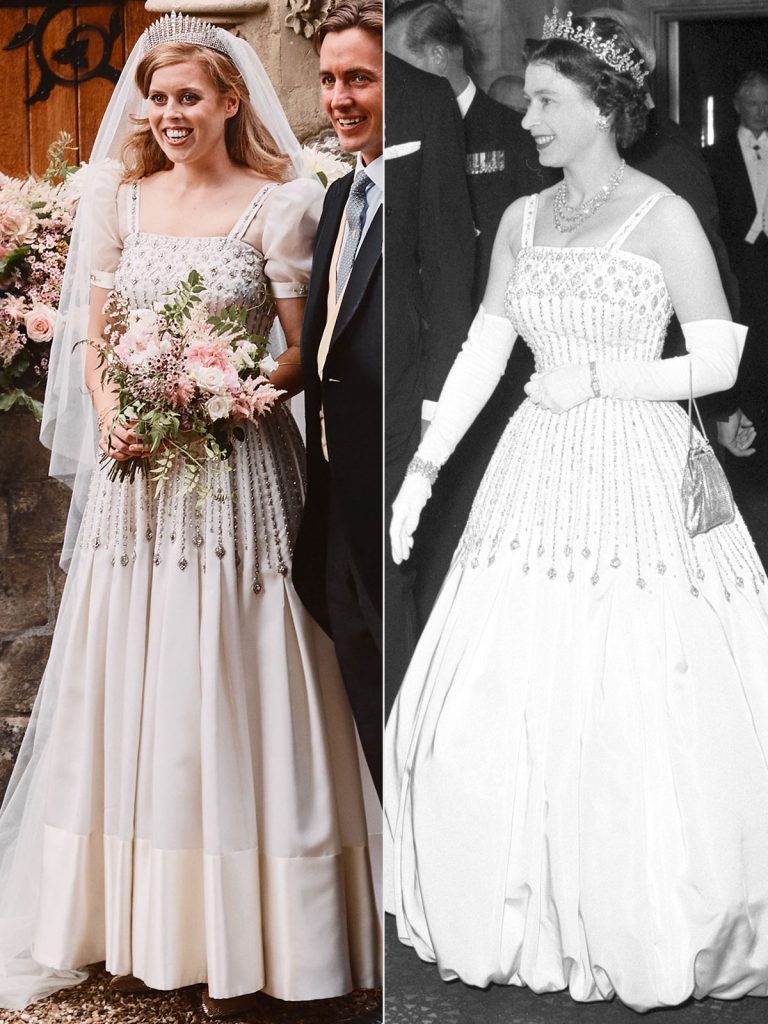 Poor Beatrice has had a rough few months off it. She had already had her wedding plans altered once due to the actions of her father, the Duke of York. Then a pandemic hit the planet, and all wedding plans the world over, had to be re-arranged.

However, she and her fiance, Edoardo Mapelli Mozzi, could wait no more, and in a private ceremony, that got married in front of a small handful of their family. Congratulations!

Some newspapers delighted in calling it a “secret” wedding but they are just sour because no one told them. It was instead a “private” wedding. Words make all the difference, and journalists know this.

Other private / secret royal weddings
A Royal wedding is normally a massive affair, especially when the bride or groom are so high in the line of succession. but there have been a few other notable exceptions.

Cornish Dreams at Cockleshell Cottage starts with a wedding and has at least two more in it. Although neither go according to plan…

Escape to the Cornish coast this summer with this completely uplifting romcom – perfect for fans of Holly Martin, Phillipa Ashley and Milly Johnson.

And the winner is…