Having greatness thrust upon you

It may seem far fetched that Ariana, the heroine in my novel, suddenly becomes the Countess of Wiverton when she is just twenty-eight, but compared to some, she’s a bit long in the tooth. 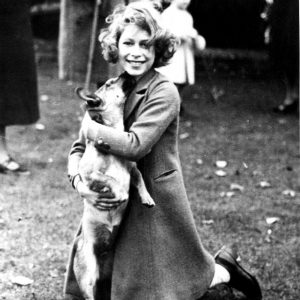 When Elizabeth Windsor was born, her grandfather, George VI, was King and her uncle, Edward was next in line to the throne. She was never expected to become Queen, her uncle was young and yet to start a family.  His children would be the natural heirs to the throne.  History and Edward had other plans though. George VI died in January 1936. Edward wanted to marry Wallis Simpson, and make her his queen,  but parliament blocked him. In retaliation he abdicated in favour of his younger brother George VII; Elizabeth’s father.

Princess Elizabeth was only ten years old when she suddenly became heir presumptive.  She wasn’t heir apparent, as she was a girl. Had her father gone on to have a son, she would have been bumped back down the  line. (Charming)

George VII was only a young man and his sudden death at the age of fifty-six was unexpected. It was 1952 and Elizabeth was only twenty-six with two small children. Not only did she have to cope with her grief she had to suddenly become Her Majesty the Queen.  Queen Elizabeth the Second, by the Grace of God Queen of this Realm and of Her other Realms and Territories, Head of the Commonwealth, Defender of the Faith. 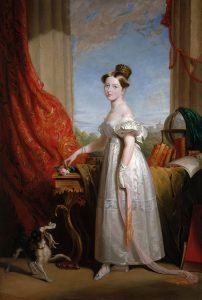 Victoria had an equally circuitous route to the throne. She came to the throne aged just eighteen, after her father’s three elder brothers died without surviving legitimate issue. Her own father was the fourth son of King George III so the prospect of her inheriting was very remote. However, as each elder brother died without issue, her claim to the throne grew ever stronger. Like Elizabeth, she was also the heir presumptive. But at eighteen she became Her Majesty Victoria, by the Grace of God, of the United Kingdom of Great Britain and Ireland Queen, Defender of the Faith, Empress of India. 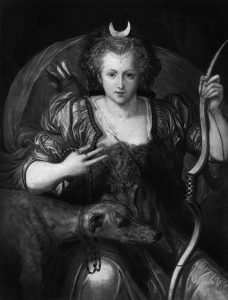 Elizabeth I early succession at twenty five was probably the most perilous. Her mother had been executed and she had been declared illegitimate. Her father, Henry VIII, had two other children with stronger claims than her, but both died without issue. She had been disinherited and imprisoned but survived both and was eventually crowned, becoming Queen of England, France and Ireland, Defender of the Faith.

So, it seems that young women who suddenly have greatness thrust upon them, seem to do pretty well.  Maybe it has some thing to do with the fact they were all dog lovers?

Let’s hope that Ari will do just as well, and whilst I have ink in my pen, I will ensure that she does!

If you want to read about another young woman that has to deal with a sudden elevation in power I recommend Servant of the Empire by Janny Wurtz & Raymond E Feist. I guarantee you’ll love it. Mara is quick and cunning and has to fight from day one to save her entire family empire. in fact thinking about it I realise that I am probably about to re-read it. I love Mara and without realising it she was probably a great influence in the characterisation of Ariana.

Are you ready to return to Hiverton?

High Heels in the Highlands has launched