Under Flint Skies by Elizabeth Hurley 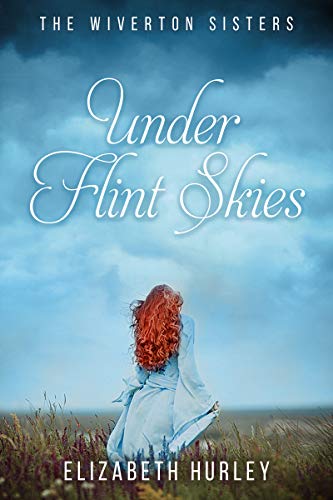 I am tickled pink to announce my first full length novel, Under Flint Skies. The silly thing is I launched it two months ago and it was bonkers at the time. I also launched one of my walking guides and then had three family members in hospital in succession all over summer. It’s only now that I’m looking back and I realise that I failed to write a blog post about its publication.  Idiot!  Anything I write now will lack the spontaneity and fear that I felt at the time. Instead I will give it a little potted history.

About two years back I enrolled on a self-publishing course called SPF 101, run by Mark Dawson. I had previously published two anthologies of my Cornish Guardian columns and just published A History of Mevagissey.  I was aware that the market was desperate for local walking guides so I decided to give it a go.

My previous publications were more accidental. This time I had decided to plan ahead and I also thought I would look around to see if I could pick up any tips on how to do it better. Knowing that once again I’d be self-publishing as the marketplace is just too small to tempt a large publisher. Plus, owning my own bookshop I had my distribution channels tied in.

I signed up for the course and was instantly impressed by the volume and quality of it. And of course by how much I had done wrong previously. No surprise there.  As I went through the lessons I soon spotted that those making money, and serious money at that, were the fiction writers.

Could I write fiction?

Amongst my fellow students I heard them referring to something called NaNiRoWri or something like that.  It’s a global activity. Basically, in November you write 1667 words a day and by the end of the month you have a 50K novel.

Well, OK.  But what the hell would I write?  I had no idea.  Over lunch with a friend, we were talking about girls who owned big houses. A few of our friends do, in fact she lives in a gorgeous house herself. Anyway, suddenly an idea jumped into my head, fully formed. A set of sisters that inherit a massive family estate and each one of them has to go and manage separate big houses. For months the working title was “Girls in Big Houses” Does what it says on the tin!

Ari’s voice was the clearest so I started with her and give her a whole book to herself. This was also smart because it meant that if successful, I would be able to encourage reader read through. Again, thanks to SPF for pointing out the importance of this.

I got to the end of November and 20K words. Well off the goal, but 20K more words than I thought I could write.  I e-mailed it to a few people to ask if I was wasting my time and the feedback was really encouraging, so I carried on.

I finished my first draft which was pretty much it. Hard to believe that I had written 80K words.  I mean, that’s like a whole book!  Now what? Well, I had zero confidence in it.  I mean I liked it, but would anyone else?  So I sent it off to Cornerstones Literary Agency for a developmental report.  Basically I needed to know what to do to improve it. The report came back, again favourable. So I took the praise and encouragement and decided it wasn’t a total waste of time then.

Time to see if a publisher or an agent would want to take it on. What? So much for self-publishing! Now here’s the thing I love self-publishing but I just didn’t have the confidence in myself to get it right. I wanted someone to come back and tell me they loved it and they wanted to publish it.  That they had enough faith in it, to put their money where their mouth is. I gave it three months and after some lovely ‘thanks but no thanks’, I decided, bugger it.

I bought a pre-made book cover, it’s lovely but a total mistake. It absolutely doesn’t convey the content of the book. I got it professionally edited and then I hit upload. Oh the agony of waiting for the derision or the silence. Instead I received absolutely gorgeous reviews including from actual strangers!

And now it’s out there. I also have a novella Dear Diary, that tells the story of the sisters’ parents. I’m now writing book two and plotting books three, four and five.  In a month or two I’ll also be re-launching the front cover as it’s hurting my sales.  If I can afford it I will probably start to look into releasing an audio book as well. 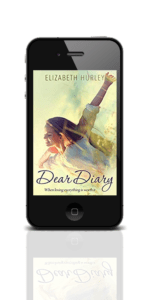 The potted biography of my book, Under Flint Skies.  If you’ve read it and enjoyed it please leave a review as it helps others hear about me. After all, I am a total unknown. If you haven’t read it can I humbly suggest that you do?  It’s fabulous.

And please, you are all welcome to read Dear Diary for free. A 30K novella available via an easy download. All you need to do is sign up to my newsletter below.

A New Contract with Hera Books