Lost Lands – warnings from the past.

There is something very exciting about lost lands and histories. As a maritime nation, we have an uneasy relationship with the sea. It has protected us from invaders (sometimes), it has enabled us to travel and explore the world, it provided food and industry as well as pleasure and inspiration.  It has also, from time to time made us pay for its bounty.  Its tithes are often small and sporadic; lost sailors, sunken boats but occasionally the tithe is mighty and awful and whole areas of land are lost, villages fall into the sea, waves tear down and drown whole towns.  I grew up on the East coast of England and the first story I heard of these losses was the lost town of Dunwich. A mediaeval coastal town that was destroyed during a mighty storm. We would stand on the beach on a windy day hoping to hear the tolling church bells and sometimes I even thought I did.  East Anglia was again the site of another great treasure lost, but this time it was an actual treasure. In 1216 King John was travelling around the Wash a vast area of mud flats and swamp lands.  He was travelling, as was common those days, with the Royal Treasury, chests and chests of great wealth, when the guides had misjudged the tide. As the party rushed to escape the encroaching waters the treasury was lost along with the lives of many men and horses. They returned the following day to retrieve the treasure but all was lost to the shifting sands and tides.  Again, trips to the seaside were accompanied with hopeful buckets and spades. Would today by the day that my little plastic spade would scrape across a jewel-encrusted pommel?

Years later an ancient land mass called Doggerland was found beneath the North Sea, lost to rising tides. Even in modern history the east coast battles against the North Sea.  In 1953, 2,551 people lost their lives in a massive storm surge that flooded in across the fields of eastern Britain and the Netherlands. And still today, the eastern coast of Norfolk is being gradually eroded. Happisburgh is a coastal village that bit by bit, is falling into the sea. 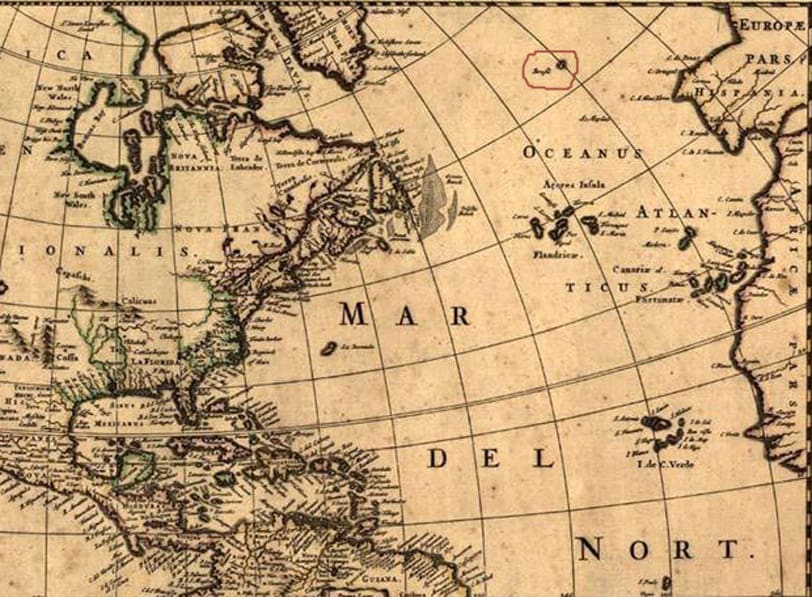 Moving west, I thought I had left lost lands behind, only to discover that the west had just as many sunken cities.  There are the islands of Lyonnese situated between Cornwall and the Scilly Isles and much mythology has arisen around them, much of it Arthurian. There are more shipwrecks off the Cornish coast than you can shake a stick at, and countless mermaids ready to carry the lost mariners away.

Out walking I was delighted to find an entire church that had been swallowed by sand dunes. St Piran’s Oratory has now been excavated and sits dwarfed by the sand dunes the surround it.  These massive sand dunes are part of Cornwall’s largest sand dune complex and it’s fascinating to see how they have grown over the centuries. Even more intriguing is the tale of a nearby town called Langarrow that was also swallowed by the sand.  The story goes that this large trading town with no less than five churches was a place of great wickedness and sin.  And like the fate of Soddom and Gomorrah God sent a great punishment in the shape of an enormous storm that raged for three nights and three days. At the end of the storm the sea had washed much away and what was left was buried in the sand.  Again, the legend suggests that if you listen carefully on stormy days you can still hear the bells ringing from under the sand.  Personally, I think there’s more chance of hearing the bells of Dunwich.

The following passage comes from Robert Hunt’s Popular Romances of the West of England, 1864.

WE cannot say how many years since, but once there stood on the northern shores of Cornwall, extending over all that country between the Ganrell and Perranporth, a large city called Langarrow or Langona. The sand-hills which now extend over this part of the coast cover that great city, and the memory of the sad and sudden catastrophe still lingers among the peasantry. So settled is tradition, that no other time than 900 years since is ever mentioned as the period at which Langarrow was buried. This city in its prime is said to have been the largest in England, and to have had seven churches, which were alike remarkable for their beauty and their size. The inhabitants were wealthy, and according to received accounts, they drew their wealth from a large tract of level land, thickly wooded in some parts, and highly cultivated in others–from the sea, which was overflowing with fish of all kinds–and from mines, which yielded them abundance of tin and lead.

To this remote city, in those days, criminals were transported from other parts of Britain. They were made to work in the mines on the coast, in constructing a new harbour in the Gannell, and clearing it of sand, so that ships of large burden could in those days sail far inland. Numerous curious excavations in the rocks, on either side of this estuary, are still pointed out as being evidences of the works of the convicts. This portion of the population of Langarrow were not allowed to dwell within the city. The convicts and their families had to construct huts or dig caves on the wild moors of this unsheltered northern shore, and to this day evidences of their existence are found under the sand, in heaps of wood-ashes, amidst which are discovered considerable quantities of mussel and cockle shells, which we may suppose was their principal food. As far as I know, these are the first indications of anything resembling the Kjokkenmöddings, or refuse-heaps of Denmark, which have been discovered in this country.

For a long period this city flourished in its prime, and its inhabitants were in the enjoyment of every luxury which industry could obtain or wealth could purchase. Sin, in many of its worst forms, was however present amongst the people. The convicts sent to Langarrow were of the vilest. They were long kept widely separated; but use breeds familiarity, and gradually the more designing of the convicts persuaded their masters to employ them within the city. The result of’ this was, after a few years, an amalgamation of the two classes of the population. The daughters of Langarrow were married to the criminals, and thus crime became the familiar spirit of the place. The progress of this may have been slow–the result was, however, sure; and eventually, when vice was dominant, and the whole population sunk in sensual pleasures, the anger of the Lord fell upon them. A storm of unusual violence arose, and continued blowing, without intermitting its violence for one moment, for three days and nights. In that period the hills of blown sand, extending, with few intervals, from Crantock to Perran were formed, burying the city, its churches, and its inhabitants in a common grave. To the present time those sand-hills stand a monument of God’s wrath; and in several places we certainly find considerable quantities of bleached human bones, which are to many strong evidence of the correctness of tradition.

Crantock was, according to tradition, once a trading town, and it then had a religious house, with a dean and nine prebends. The Gannell filling up ruined the town. This must have happened when Langarrow was destroyed.

On Gwithian Sands the remains of what is supposed to have been a church has been discovered, and according to Hals and Gilbert, a similar tradition exists here of a buried town. Gilbert writes thus:–

“There has always existed a traditional account of the inundation of sand in this parish, corroborated by the ecclesiastical valuations, which are far too high for the actual extent of the land, and also said to be confirmed by documents preserved in the Arundel family, carrying back the commencement of the evil nearly to the period of their acquiring the property.

“With respect to more recent inundations, Mr Hockin states to Mr Lysons, that the Barton of Upton, one of the principal farms, was suddenly overwhelmed; that his great-grandfather remembered the occupier residing in the farmhouse, which was nearly buried in one night, the family being obliged to make their escape through the chamber windows; and that in consequence of the wind producing a shifting of the sand, in the winter of 1808-9, the house, after having disappeared for more than a century, came again to view.

“The rector further stated that he himself remembered two fields being lost at Gwithian, and that they are now covered with sand to the depth of ten or twelve feet, and that the church-town would have been also lost, if the parish officers had not promptly resorted to the expedient of planting rushes. These stop the complete progress of sand, and greatly facilitate the growth of other vegetation on the surface, so as to create a thin turf, The hillocks of sand exhibit a model in miniature of the Alps.”–Gilbert, vol. ii, p. 149.

[a] ‘”The vicarage church of Crantock is commonly called Languna or Langona,–that is to say, the hay temple or church,–and is suitable to its name, situate in a large hay meadow of rich land, containing about three acres, where, by ancient custom, the vicar’s, cattle all pasture over the dead bodies interred thereinto.”–Hals, as given by Gilbert. See Appendix Q.

Live like a Countess – Staying in a Landmark Trust property