I WAS AMAZING!!!!
No really, A-MAZ-ING.
God I’m stoked, that was so much fun. My audience were the best people ever, they laughed at my rubbish jokes, they were engaged, they asked smart questions, they were friendly and supportive and they brought their A game. That was one hell of an experience and I managed to do it with out crying or vomiting. Many Thanks Penzance Litfest it was brilliant of you to give a newcomer a chance. I just hope that some of what I said, actually made sense. AND a I was given this really lovely mug, yep, I am well choughed.

I am so stoked, I am buzzing. Just spoken at @PenzanceLitfest and it was amazing. I was amazing! Whoop!! And look at this bloody gorgeous mug. Well chuffed. @PennBoylan Thank you to Robin Knight for being a great host. Tickled pink! 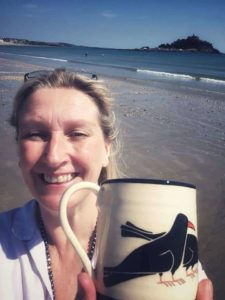 As you can see I was a little over-excited but I’ve calmed down today, although I’m still smiling.  It all started back in winter when the Penzance Literary Festival put a call out for speakers, and in one of those really dumb moments, I thought, I should do that, and applied.  Now, I have never done public speaking before, I don’t like people looking at me, I respond really badly. I stick my tongue out, I raise the middle finger, I cry, and yes, at funerals, I laugh.  I have really inappropriate responses to certain situations.  But at the time I applied I wasn’t thinking about that, I was thinking about my career as a writer. This would be good exposure. (Idiot) Also I wanted to share some of the stuff that I have been learning (aren’t I noble?) So my proposed title was “How to be your own publisher.”

The team came back to me and said yes, I had a bit of a wobble, but then put it to the back of my mind. The months passed and I cracked on with getting Fowey Walks and Dog Walks written and published. Suddenly we were down to one month. I went abroad. Then we were down to a week and my mouth began to dry and my sleep became disturbed. I kept dreaming about nail varnish. No idea why. I would just wake up thinking of nail varnish applications and then remember the talk. And panic.

The day before, I wrote my talk down and tried it on Steve. There were many moments of horror as we looked at each other, as I stumbled, panicked, forgot how to pronounce “improve”or would stop half way through a sentence in dread.  The worst of it was Steve saying “No, no, you’re good, carry on” whilst looking like a man who was holding the hand of someone drowning as the inevitable tide rose above their shoulder.  I stopped and sat in silence and then whimpered for a bit.  I’m not kidding, it was a car crash. Steve came back with some cue cards.  Ten cards, one point per card. Ad lib the rest. Pad, natter, chat, invite questions. Relax.

I went to bed and dreamt of Barry M, Rose Gold nail varnish.

The following morning came and having done all my chores I set off for Penzance.  The gutting thing was that Steve couldn’t come. We had a change-over and no one else to do it, so I was on my own. 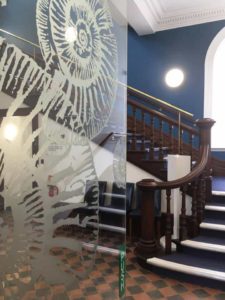 I arrived, I sat down, people began to trickle in, more than four of them, that was my success baseline.  Eventually there were about 40 of them, and they had all paid to listen to me. Wow.  I had to bolster myself with the pep talk from girlfriends the night before, after I had wailed about what a failure I was.

The talk began. I was nervous and jittery, but I had told them I would be a bit messy, if they could bear with me I would calm down. My face felt hot and prickly and at one point I could feel my eyes welling up. I stopped for a drink.  A quick word about that. Penzance has gone plastic free. This is awesome, Bravo Penzance. Some of your solutions haven’t been thought through though*.  Instead of a plastic cup I had a mound of paper cones.  The first problem with this is obvious, you have to drink your drink all in one go because there’s no way you are putting a cone down.  the second is that you have to do it quickly because the paper leaks.  I mumbled to my host about the minor impracticalities of a vessel that was quite so useless, he happily pointed out that Penzance was plastic free. I pointed out that the water pitcher itself was plastic. We both grinned and agreed all good endeavours had wrinkles at the beginning.

Back to the talk. I gulped my drink, and my host gave me an encouraging smile and I continued. The effort of trying to finish my water before it all poured out from the bottom helped me focus and from there on in, it went well.

I even had a Scarlet O’Hara moment when one of the audience pointed out that I had come dressed in the same fabric as the curtains. I owned by inner Southern Belle and made a joke about it. They all laughed. They laughed. It was a rubbish joke and yet they laughed.  Honestly, I have never realised just how much an audience gives to an event.  If you have ever been to an incredible event, believe me it was incredible because you were there. You were feeding the person on the stage and they were amplifying it back to you.  It’s a very virtuous circle.  God only knows how awful it must be if the audience are against you!  That said, I did have one Paddington, my god, she nailed the Paddington Stare, it was unwavering and unforgiving. Every time I made eye contact with someone they smiled and nodded, every time I looked at her she simply stared back at me. In the end I had to stop looking at her as she was beginning to panic me.

So it wasn’t a perfect delivery, and I did make mistakes and I did need to be helped out remembering words now and then (so professional)  but at the end there were loads of questions, we overran and they even clapped me.  Which made my bloody day.  And I got a gorgeous mug.

Anyway, I obviously have only calmed down a bit and I could ramble on for days and no doubt I shall to Steve, and by the time I’m done with retelling this talk it will have ballooned into something resembling the Gettysburg address, with mothers naming their babies after me, but all in all, it went well, I enjoyed myself, and I think I may have been able to help a few people a few more steps along their journey as published writers because of course it’s all about them.

If you are reading this and were at the talk, thank you so much. You really were wonderful and good luck in your career. Get in touch if you ever need anything. 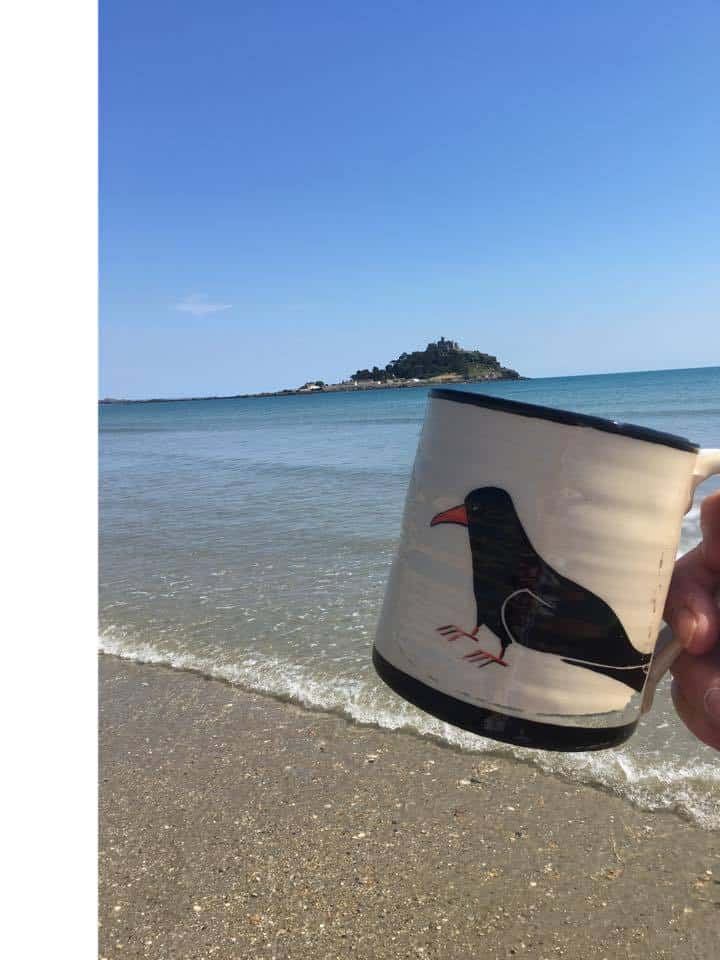 * “thought through though”  Isn’t the English language a glorious mess?

Patrons, Podcasts and a thousand thank yous to my guides