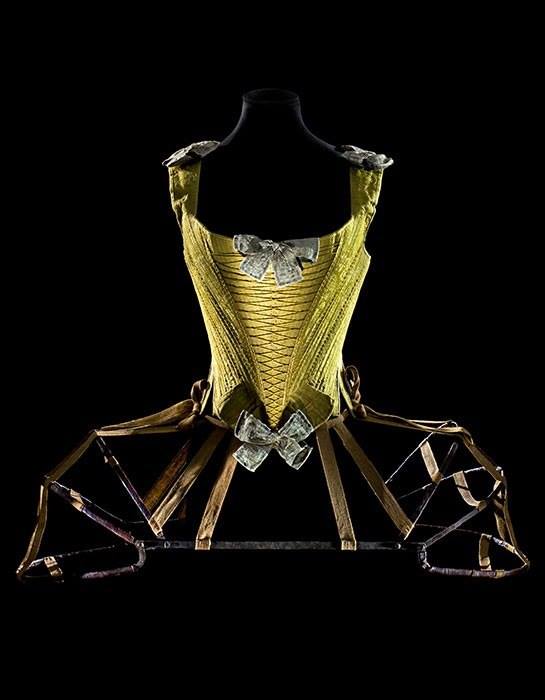 The Foundations of Fashion – Kate Strasdin

Well I’m just back from my first NADFAS talk. For a long time I’ve missed the lecture circuit and academic discussions and so it was nice to stumble across the National Association of Decorative & Fine Arts Societies, recommended to me by a friend. I had managed to miss several talks and was most annoyed to miss The Treasures of Catherine the Great and The Architecture of Barcelona, so I was determined to not miss any more. You know how it is with work and families. It’s not made any easier by the fact that the talks are on a Wednesday afternoon, clashes with the auction house and the boys’ surf session (yes school is tough isn’t it?) and it’s over in Bodmin (BODFAS) so that takes more time out of the day. Anyway the joys of being self employed and having a great husband is that you can juggle things and so I headed off to The Secret History of Underwear.

I arrived early so that I could suss things out and instantly realised that I had left my glasses at home. Nothing for it but to sit at the front of a rather large room (lurking at the back is more my style but what can you do if you want to watch a slide show of beautifully digitized photos rather than a blurry shadow show). Anyway there I was quietly reading my book when a chap wandered over, introduced himself as the president and then somehow convinced me to lead the vote of thanks at the end to the speaker and say a few words about the talk. As he sauntered off to say hello to others I sat there in a state of shock. What had just happened? I hate talking in public, I stutter, garbled and often burst into tears of panic. To be honest, that usually detracts from what I am trying to say and rules me out of most people’s first choice of public speaker. Anyway as I sat in horror a rather lovely lady sat down next to me and started to chat about her wonderful grandchildren and how happy she was that the world was in good hands. In fact as I looked around I realised that the general population in the room was very well dressed and about two decades ahead of myself. Hmm. 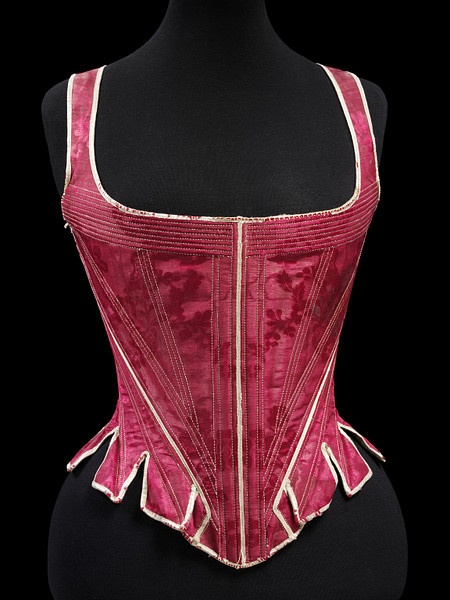 Still the talk proceeded and it was fascinating. We started with the basic shift which everyone wore and its primary function was to preserve the over-clothes from sweaty bodies. After all 400 years ago a shift was a far easier garment to wash than wool and linen or silk and velvet. In fact the shift remained a mainstay for men, women and children alike until the start of this century with very little change. (Very little change in design, hopefully lots of changes in the laundry department) We saw examples of bodices made of straw and horsehair worn by working women and corsets made of silks and satins, often worn as over-garments in vibrant colours. 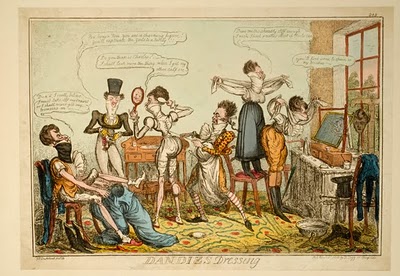 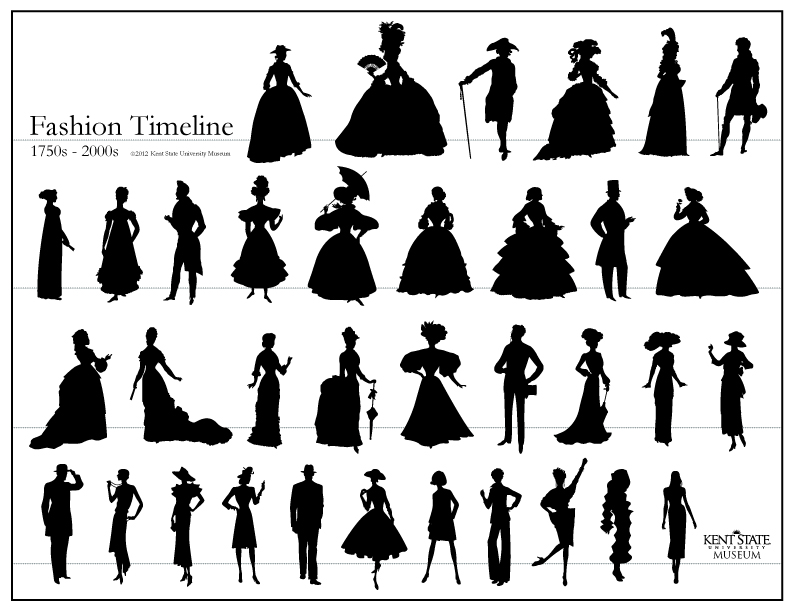 We looked at various paddings, bicep padding for Victorian ladies, calf padding for Georgian gentlemen and lots of other weird and wonderful garments to constantly re-shaping our silhouette. We discovered the meaning of “Charlie’s showing” when your slip is exposed. What was meant by “Red shoes, no knickers” but no one including the lecturer knew why the silt panel decoration on stocking is called the clocks. Although we all recognised the terms Knickers! Gussets, girdles and girders and finally over the shoulder boulder holders.
Towards the end she showed a liberty vest, an item that children commonly wore in the 50s that ad finally replaced the shift. It raised a laugh amongst the audience as they recoginsed a childhood staple. It was easy to thank her at the end and as I asked her if boys wore the vest as well? Before she had the chance to answer a large number of deep voices from the audience laughed and said yes, definitely. History in action! 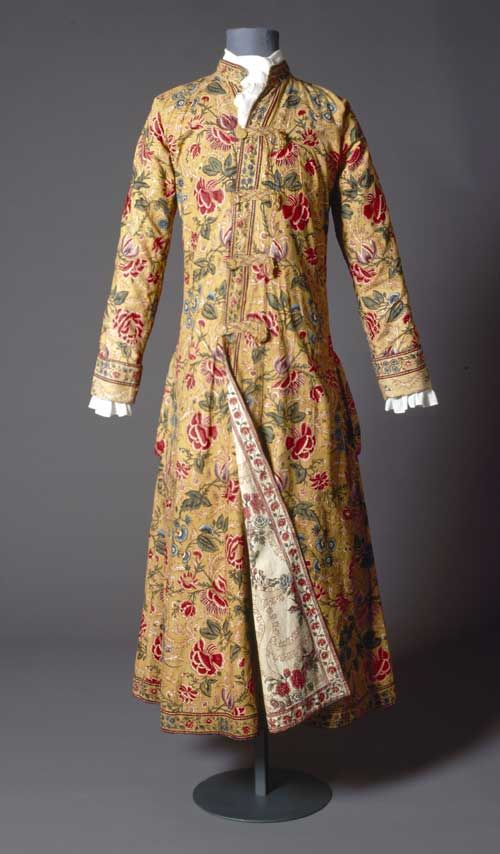 The laughter helped me struggle to the end, and the applause gave me leave to return the mike and go and sit back down again. As soon as the light came on I scarpered bumping into a familiar face who complimented me on my bravery and recommended sitting at the back with her next time. 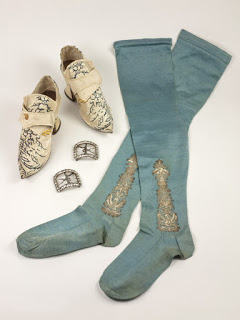